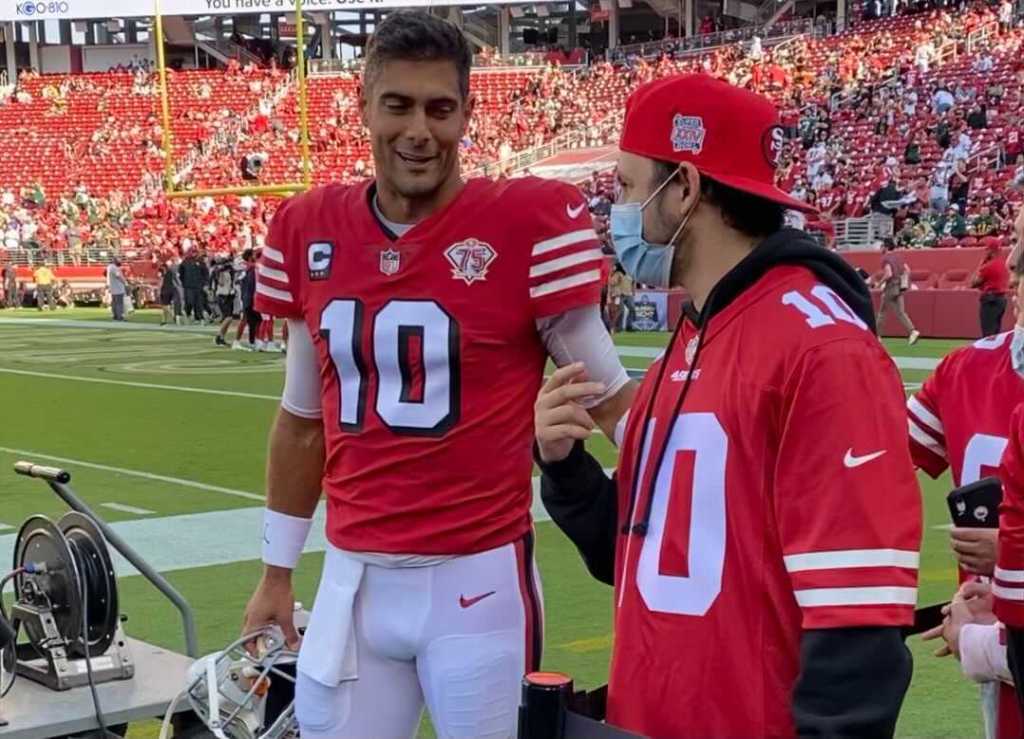 SANTA CLARA – Jimmy Garoppolo took a short break during the 49ers warm-up on Sunday evening to greet his guest of honor and start a new pre-game ritual this season.

Garoppolo will host someone battling childhood cancer in every game this year and his first guest was David Lano, 24, from Sunnyvale.

“It’s great and so surreal to offer us Cancer kids a day so we can forget what we’ve been through,” said Lano, who wore a replica red Garoppolo jersey (and a blue surgical mask).

Garoppolo has wanted to start this company for several years, due to his dedication to cancer patients in his New England Patriots days (2014-17). He plans to host each game with the help of the 49ers community relations department and local children’s hospitals.

Lano celebrates its seven year anniversary of being cancer-free on Thursday. He underwent a bone marrow transplant to help overcome acute myeloid leukemia.

Lano volunteered when his boss asked if he would like to play a 49ers game, and so came the surprise of being Garoppolo’s guest, which included a pre-game photo op. Garoppolo’s brothers Mike and Billy helped with the introduction and a reunion.

It turns out that Lano met Garoppolo a couple of times when Garoppolo came to Lano’s workplace: a local Starbucks.

Garoppolo’s command? “Cold brew with an extra shot of espresso,” Lano replied with a smile.

As part of Childhood Cancer Awareness Month, NFL quarterbacks put hand-signed helmets up for auction to raise funds for pediatric cancer research and care. Garoppolo’s is on eBay for $ 150.

Garoppolo is entering his fourth full season with the 49ers, and he will be signed through next season, though his future with the 49ers was questioned when they designed Trey Lance No. 3 overall last spring.