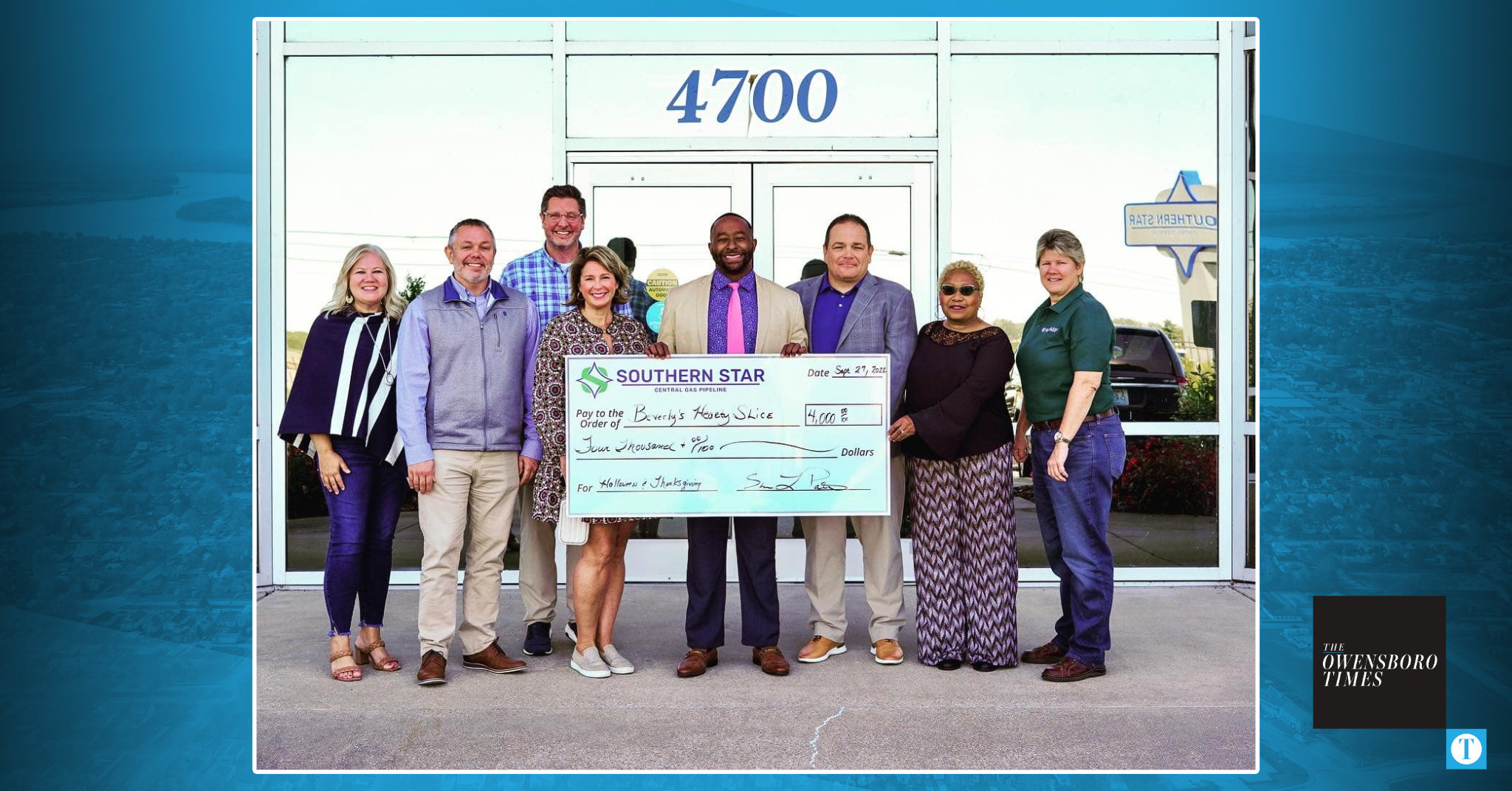 Beverly’s Hearty Slice is giving away 250 take-out meals tonight from 5:30-7:00 p.m. at Kendall-Perkins Park. The group regularly distributes pizza and water at three locations every other Friday, which is also continuing as planned.

Southern Star Central Gas Pipeline is a sponsor of the Thanksgiving event for the second year in a row. Beverly’s Hearty Slice founder Travis Owsley attributes the nonprofit’s success to God, the support of the community, and the many sponsors.

“I’ve never seen us get this big,” Owsley said. “All glory be to God. The community support, from volunteering to sponsorships, and multiple anonymous donors – it’s amazing.”

Owsley named the company after his mother, who he said was always inviting people to her house for meals. He said what sets Beverly’s Hearty Slice apart from other nonprofits is how they welcome donors and sponsors to get involved in the distribution effort.

“The community has just seen good work being done and wants to be a part of it,” he said. “We’re one of the few nonprofits that invites donors to come to an event and see the benefit.”

In addition to takeout and pizza, Pepsi offers a selection of free takeout items. The event also features a coat gift and performances by the Owensboro Symphony Orchestra.

Owsley founded the nonprofit in September 2020 at a time when positivity was scarce.

“I wanted to honor my mother’s memory; She was always so open and generous,” he said. “People were struggling and getting fired, and I was just looking for a way to spread a little hope and some positivity.”

Mark Gaunya, a successful entrepreneur in the healthcare industry, met Owsley by chance at an airport last year. The two shared the same grief: missing their mother.

Gaunya contributed $10,000 to Owsley’s efforts and launched an expansion plan. The additional locations will be put into operation next summer.

Keep up to date with Beverly’s Hearty Slice by following the Facebook page here.