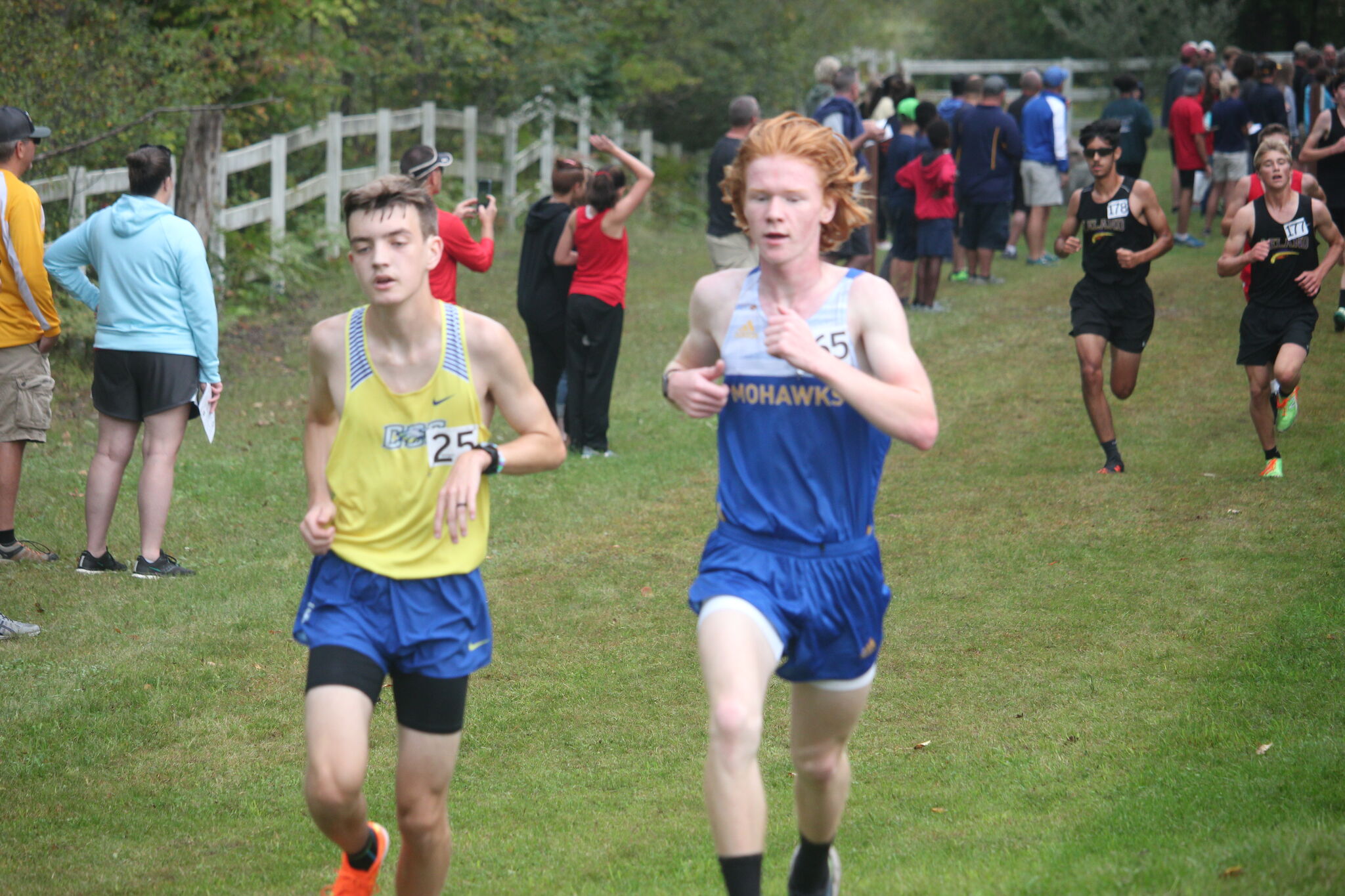 MORLEY — It’s a new and unique venue Tuesday when Morley Stanwood hosts the first of three meetings of the Central State Activities Association.

It is an 11 school meeting and is no longer divided into two divisions with the departure of Fremont, Holton and Hesperia. Reed City has become an early favorite for the boys and Chippewa Hills for the girls.

“The boys and girls both ran very well,” said coach Rich Saladin. “The boys continue to impress, especially with our frontrunners up front. Gus (Rohde), Anthony (Kiaunis) and Ryan (Allen) make us an excellent leadership team. Ty isn’t too far behind and is the strongest #4 runner in the area. They have a target on their back and teams are chasing them. They continue to respond with excellence.

“The girls keep working hard. Another trophy for them with a second place. I’m very happy for Nora (Smoes) and her leadership as captain of the team. We are young, but we are getting stronger and faster.”

The boys’ race starts at 4:30 p.m. Big Rapids, Chippewa Hills, Reed City and Morley Stanwood will be among the 11 competing teams.

“Our home class is on our school campus,” said Shelli McNeil, Morley Stanwood coach. “It starts in an open field in front of our high school and then heads into the woods and around our baseball and softball fields. The wooded sections have been a work in progress since spring and the runners and myself as well as the school staff are excited to see how it all comes together.

“It has been many years since we have had a home class and we look forward to hosting a few meetings over the coming week. This will allow us to show our community what Cross Country is all about and the support of students, staff, friends and family on our very own Mohawk Course.”

Morley Stanwood is also hosting an invitation tournament on Saturday. There will be four teams in the varsity races along with Morley Stanwood including Lakeview and Vestaburg.

“Overall I thought the tournament went very well considering some of our players haven’t played many doubles games together this year,” said Big Rapids coach TJ Klein. “We finished third as a team and learned a lot throughout the day.”