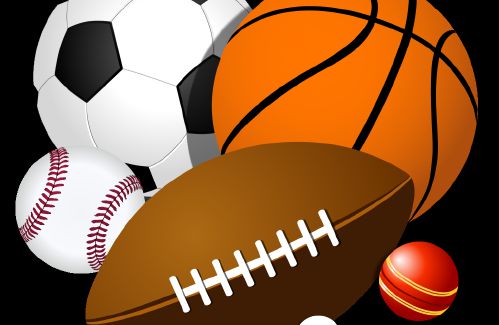 The Recorder – Bulletin Board: Greenfield Tennis Association to hold meet and greet on Saturday

The Greenfield Tennis Association is hosting their annual meet and greet tennis event Saturday at 9:00 a.m. at Beacon Field Courts

The event is free. The format is doubled, with the game level being social with the aim of hitting players. It is open to men, women and students. Balls and small refreshments are provided.

Fernando Saravia had a tag in the Pioneer Valley Summer Soccer League quarterfinals on Tuesday.

In the game against Westside B, Saravia scored four goals and provided an assist to lead Frontier to the semi-finals with a 5-0 win.

Brady Burch scored and added two assists while David Gray also had an assist to win.

Valerie Esquer posted the low score of 42 in Tuesday’s Patty Berg Flight of the Life is a Beach tournament in the women’s 9-hole league at the Country Club of Greenfield, followed by Sue O’Connor and Ann McHugh who carded 43.

• Terry Boyce carded the low gross of 4-under in a best nine-hole contest in the women’s 18-hole league at the CCG on Tuesday. Barb Killeen and Teresa Varner both shot par that day.

Donna Woodcock and Janet Small took first place with a net score of 10 under.

Susan Parker had the low net score of 14 under, followed by Dianne Wood and Donna Mowry with a net score of 2 under.

Jeff Carantit and Bill Green tied the highest point odds of plus-2 in the Edge Hill Men’s League A Division on Tuesday.

In the B Division, Charlie Plesnar had the highest points ratio (up-4) followed by Jon Sonntag (up-2). Plesnar and Sunday parted for the low gross (46) and Paul Hill shot the low net (33).

Vandal won closest to the pin on #8 (five feet one inch).

Kristin Ouellette hit a home run and hit two singles, while Cassy Jouannet had a doubles, two singles and two RBIs in Conway’s 8-7 win over Goshen on Tuesday in a Pioneer Valley Women’s Softball League contest.

Shelby O’Leary hit three hits and four runs to put the defenders 9-5 past the Wolfpack in the semifinals of the Franklin County Summer Softball League at Murphy Park on Monday.

The defenders take on the threat in the finals on Wednesday, with first place scheduled for 6 p.m. at Murphy Park.

Maggie Fay clinched the win in the circle, hitting eight in five innings. Margarette Howland came on for the last two innings and struck out.

Howland and Catherine Ballard each had two hits and an RBI, Fay had a pair of hits, Gianna DiSciullo had one hit and two RBIs, while Aliva Patch safely scored to win.

Riley Giard circled the distance for the wolfpack and scored nine strikeouts. Addie Loomis had a pair of hits and RBIs while Makayla Tatro recorded two hits in the loss.

Owen Morse scored 24 points and Joe Thomson added 22 points as FF Morse edged out a 71-70 win over Toyota of Greenfield in a men’s DRIVE League competition at Greenfield High School on Monday.