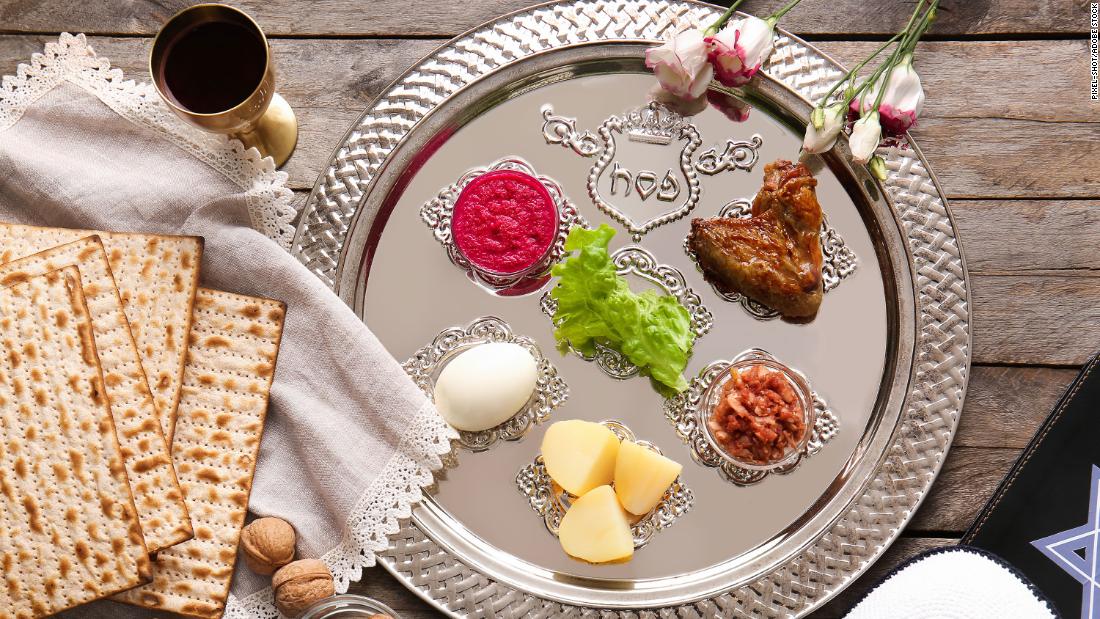 Passover 2022: There is no “right” way to celebrate, and that’s okay

The host of the Passover Seder, which I will be attending on Friday night, will place an orange on the ceremonial plate as a means of recognizing the struggles of gays and lesbians during the holiday, which commemorates the liberation of the Jewish people from bondage remembered in Egypt.

The orange is a relatively new addition to the Seder plate. Susannah Heschel, a professor of Jewish studies at Dartmouth College and daughter of civil rights activist Abraham Joshua Heschel, added the piece of fruit in the early 1980s.

“During the first part of the Seder, I asked everyone to take a piece of orange, say the blessing over fruit, and eat it as a gesture of solidarity with Jewish lesbians and gay men and others who are marginalized within the Jewish community,” she wrote in 2001. “Also, each orange segment had a few seeds that had to be spat out – a gesture of spat out that rejects the homophobia that poisons too many Jews.”

The inclusion of the orange, used by some to represent feminism, sheds light on a broader pattern: Over the decades, many celebrants have used Passover to signal their support for a variety of freedom struggles—to ask questions and answer the world around them and the role they want to play in it.

For example, in April 1969 about 800 people – Jews, Christians, blacks, whites – gathered in the basement of the Lincoln Temple, a black church in Washington, to hold the country’s first Freedom Seder. The event marked the one year that had passed since the assassination of Martin Luther King Jr. and also underscored Black Jewish kinship ties.
Still curious about the development of Passover, I spoke with Rabbi Sandra Lawson, director of racial diversity, justice and inclusion at Reconstructing Judaism, and Emily Tamkin, senior editor at The New Statesman and author of the forthcoming “Bad Jews: A History of American Jewish Politics and Identities” (and the host of the Seder I will be attending on Friday).

Our conversation has been edited slightly for length and clarity.

There is often debate about how to celebrate Passover—whether there is a “right” way to celebrate the festival. What do you think of this tension?

Rabbi Sandra Lawson: There are many people who think there is a right way to observe anything Jewish. But the beauty of Judaism is that it is constantly evolving. That’s how we survive.

In my opinion, Passover is probably the most celebrated Jewish holiday because it takes place at home, where people can incorporate their customs and food as long as it follows the rules of the holiday. But different customs have interpreted these rules to have different meanings.

Emily Tamkin: I just wrote an entire book that basically says there is no one right way to be Jewish, so to go out and say, “This is the way to celebrate Passover” would be the height of hypocrisy. What I really love about this particular holiday, aside from the story itself, is that there’s a conversation, if you will, with the world around you – because it’s a story about overcoming oppression and about freedom and about the search for something better and about solidarity.

There is so much you can use to research not only Jewish history but current politics if you so choose. And I think if you look back over the last few decades of Jewish American history, you see people doing that. They bring old traditions into conversation with their country and the world and create new traditions in the process.

What does Passover mean for you in 2022?

Lawson: I told my wife about the 10-minute Seder (earlier in the pandemic in 2020, some of Lawson’s students at Elon University, where she previously served as Associate Chaplain for Jewish Life, created an abbreviated Seder so they could celebrate off campus leaving). We make matzo. We will hold the 10 minute Seder. And we’ll hang out.

Like many people, I have had to reconsider my own orthodoxy around the holidays. If you had told me three years ago that I would actually suffer from a plague during a time when we are studying the plague and that I would not be doing the things I normally do on Passover, I would have thought nuts. But the world has changed. Prepare matzo (unleavened bread). has become one of our traditions.

There are people who will get upset and say, “You can’t make your own matzo.” I can. That’s one nice thing about this vacation. It is celebrated at home and people are free to celebrate the holiday however they wish.

Tamkin: I am very happy that we hope to be able to celebrate together indoors this year. The word we use for “pandemic” in Yiddish class is the same word we use for “plague.” So that this is happening now certainly has a new resonance.

I would also like to say that I celebrate Passover a little differently now than when I was young. As an adult who hosts my own seders, I keep an orange on my seder plates. My husband and I used these for a year HIAS Haggadah (the book or guide read during the Seder) which contains a prompt about refugees that you can now speak and reflect on as you conduct your own Seder.

To me, this is a holiday about knowing who you are, not letting anyone take that from you, and extending that right to everyone.

What’s on your Passover menu this year?

Lawson: What makes my wife’s Seder plate different from mine is that we have a vegan home. And early on I was trying to figure out how to make a vegan Seder plate and started researching. Instead of an egg, we slice an avocado. And instead of the thigh bone, a roasted turnip. I also put an orange on my Seder plate to remember and pay homage to the feminist movement.

And I haven’t done that yet, but I’m thinking about adding a tomato that can represent farm workers and highlight the lack of awareness and pay and poor conditions for people picking tomatoes.

Tamkin: I will have an orange on my Seder plate to represent solidarity with LGBTQ and other marginalized people. But I understand that some people mean feminism or LGBTQ solidarity and Feminism. As I was preparing for this interview, I saw that a few people suggested that for interfaith families, you could have an artichoke on your Seder plate. Some people turn to an olive for Middle East peace or Palestinian solidarity. There are just so many different things that you can include.

I don’t want to tell anyone how to live or how to be. But for me it’s important not to get so fixated on a song or a piece of fruit that you lose sight of the fact that the questioning and changing and doing a little differently and deciding what to keep and what to do discards, part of which is also the Passover tradition.