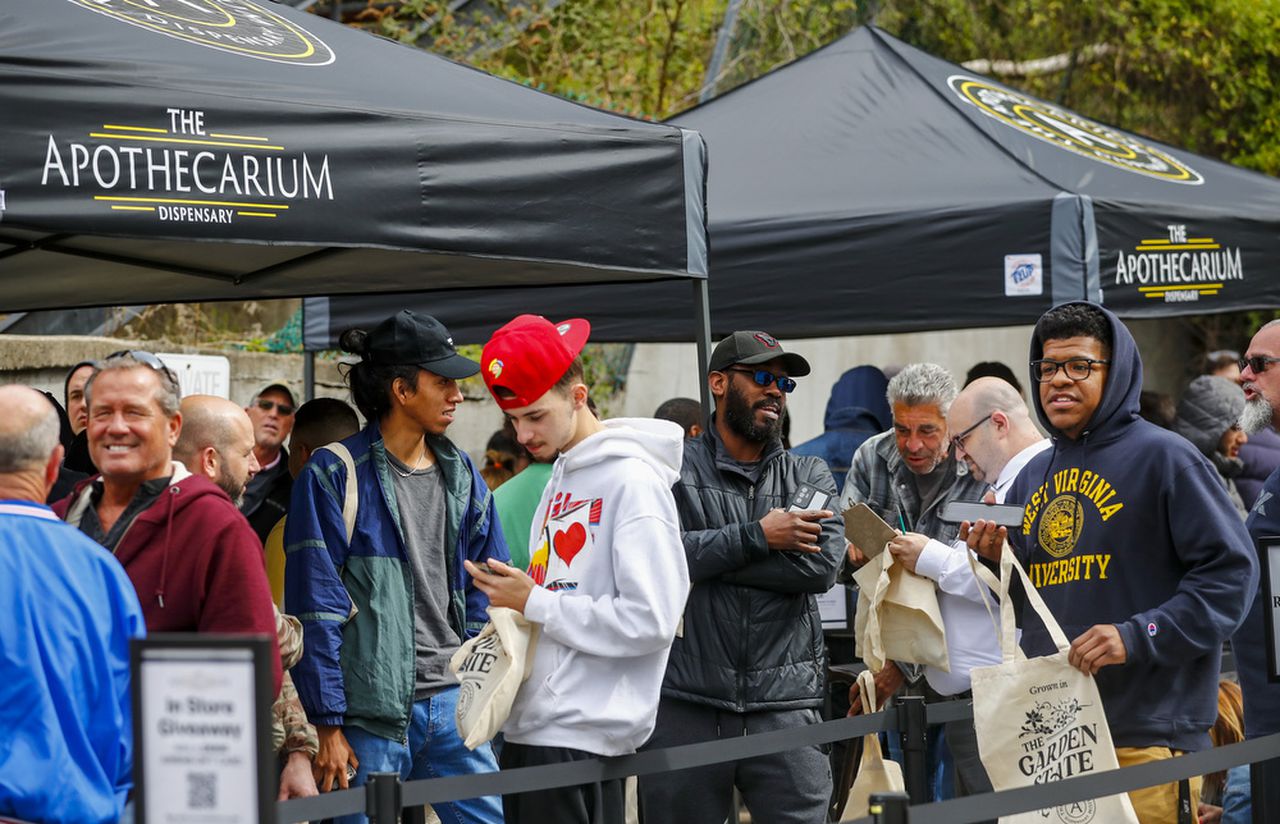 Six new legal cannabis stores are about to open in New Jersey, adding to the dozens of locations that launched the state’s burgeoning multi-billion dollar industry last month.

Sales of legal weed will begin Wednesday at Curaleaf’s Edgewater Park store, the company announced. Edgewater Park community attorney Tom Coleman confirmed Tuesday that Curaleaf has temporarily resolved all zoning and construction issues for its expanded parking lot, which delayed opening for a month, and “can open the Edgewater Park site for adult recreational sales.” “.

Consumers will also be able to purchase recreational cannabis at locations in North Woodbridge, Union, Eatontown (owned by AYR Wellness), Lodi (owned by TerrAscend) and Montclair (owned by Ascend) in the next few weeks, according to the state Cannabis Regulatory Commission approved the new locations at its board meeting on Tuesday.

Tuesday’s promotion will bring the number of legal weed shops to 18.

“We are very pleased with our approvals at today’s Cannabis Regulatory Commission meeting, including the expanded cultivation capacity and conversion of our three dispensaries to adult sales,” Rob Vinasko, spokesman for AYR Wellness, said in an email to NJ Advance Media. “Central Jersey was underserved during the initial introduction of adult-use cannabis with just two dispensaries serving a population of 3.4 million.”

“We don’t have a definitive date for the transition yet,” Vinasko added. “Pharmacies approved on April 11 officially opened for adult use on April 21, so we are hoping for a timeline in that area.”

The panel on Tuesday also approved an additional 46 conditional licenses for smaller farmers and manufacturers to grow crops and expand their facilities, adding to the 102 approved over the past two months. But it could be up to a year before those 148 establishments start selling weed.

AYR’s plans were first reported by NJ Advance Media earlier this month. The alternative treatment center acquired the Garden State Dispensary (GSD) last year and on Tuesday received approval to expand into the legal weed market and a conditional license for a 66,000-square-foot cultivation facility in Lakewood.

Julie Winter, AYR’s vice president of retail, assured the CRC that the company was ready to sell adult weed and that its new Lakewood cultivation site would help with future supplies. Winter presented AYR’s plans to ensure access for medical marijuana patients, an adequate supply of marijuana for both medical and recreational sales, and ample parking, among other requirements, to allow legal weed at its Union, Eatontown and North stores to expand Woodbridge.

AYR was the only one of eight alternative treatment centers denied expansion into the adult recreational market by the CRC at the April 11 commission meeting.

Representatives from Ascend and TerrAscend again appeared before the CRC on Tuesday to make their proposal to add stores in Montclair and Lodi, respectively.

“These locations have received the necessary approvals to transition into the adult recreational market,” said CRC executive director Jeff Brown. “We’re happy to add them.”

The dozen legal cannabis stores that have been operating for more than a month are located in Bellmawr, Bloomfield, Paterson, Phillipsburg, Maplewood, Rochelle Park, Elizabeth, Lawrence, Williamstown, Egg Harbor, Vineland and Deptford.

Brown said it has been a seamless transition into selling adult recreation in New Jersey, with $24 million in reported sales and more than 212,000 transactions in its first month.

“This is just the beginning,” Brown said before the hearing. “The market still offers many opportunities. It went as smoothly as we had hoped.”

On April 20 – the day before adult sales began – the alternative treatment centers distributed 5,400 ounces of medical cannabis and cannabis products across New Jersey.

In the five days after adult sales began, an additional 7,500 ounces were dispensed to patients, the commission said.