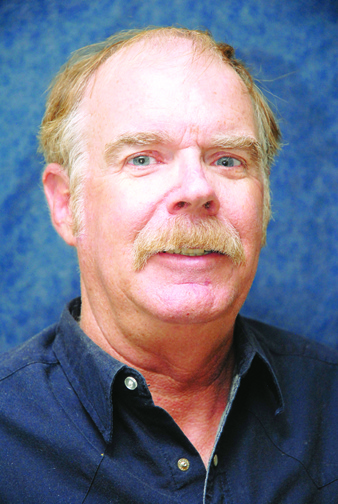 Make no mistake, I am not someone to throw the word “blessed” around lightly.

In fact, I rarely use it, but suffice it to say that the city of Rio Rancho has been extremely fortunate to have two great football teams this fall – and for most of the past decade.

Going back to the 2011 season, only the third on the field for the Cleveland High program.

At that point, the Storm, then coached by Kirk Potter, delivered a perfect 13-0 campaign, crowned by a win over hosts Mayfield at the Field of Dreams in Las Cruces.

Now back to 2014: State championship games have become a tradition in the City of Vision, although I had to correct a local sports fan who suggested changing “City of Vision” to “City of Champions”.

We still have a long way to go to defeat Artesia and wrest that nickname from the Bulldogs!

Rio Rancho has hosted six of the last seven Class 6A football championship games, including yesterday’s competition with the city’s two schools at Cleveland’s Thunderbolt Stadium.

If you score at home, that’s seven of the last 10 championship games that have had at least one Rio Rancho team beat all the marbles.

This city is not known for prep fans. Most adult fans disappear after their kids graduate and don’t show up for soccer games, unlike other cities in the state, especially Artesia.

Even so, those who attended that game two years ago on a chilly December Saturday saw a real thriller with Cleveland’s defense stopping the Rams deep in Storm territory late in the game.

It is unknown how many of the estimated 6,300 fans who saw the Storm Rams game at Rio Rancho Stadium on October 29 (a 28-27 Storm win) would turn up on Saturday, but those there were expecting one good game.

Another episode of good sportsmanship was expected after the game.

Although this game is a heated rivalry, most players know their opponents across Northern Boulevard and have played against or with them for many years. There would be both hugs and tears.

The proof, they say, lies in the pudding: the state’s soccer power used to be in the south, where Las Cruces and Mayfield seemed to have it, although La Cueva in Albuquerque and Clovis often had something to say about it.

But now the power is here in River City!

You can bet on it observer will be at Thunderbolt Stadium on Saturday and you can not only see a photo gallery on our website (rrobserver.com) but also a full match report with photos in the December 5th issue of the observer.

We would have loved to have the story in today’s issue, but the print times, availability of carriers, and high costs didn’t allow us to postpone our usual Friday night deadline.