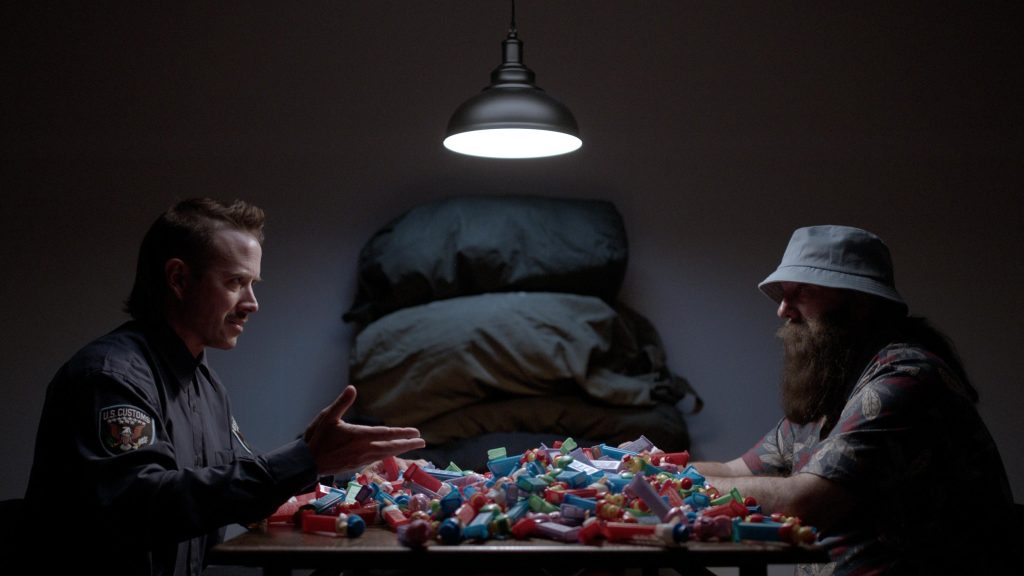 A living and engaging document

I have a friend from college named Paige. Sometime in the early days, as part of the stream of random nicknames that come with spending absurd amounts of time together, “Pez” joined the cycle. So, a year ago, when I was shopping for Christmas gifts, I decided it was too fun an opportunity to pass up and bought Paige a PEZ dispenser. Now, many years later, and no matter how many times I delete or unsubscribe from the company newsletter, they still get through. And so, for most of my adult life, that was my dominant memory and contemplation of PEZ. That changed this morning when I decided to sit and watch Amy Bandlien Storkel and Bryan Storkel’s Remarkable Documentary The Pez Outlaw (2022).

The Pez Outlaw focuses on Steve Glew, a mild-mannered Michigan man who rose to prominence in PEZ collecting circles in the 1980s and 90s. how do you ask Well, Steve wormed his way into the toy collector business by maxing out grain sweepstakes and selling the various toy and Christmas baubles that companies sent out in exchange for clipped coupons. During one of the many conferences he attended to sell, he met a woman who was selling PEZ dispensers and tragedy struck. In the years that followed, Steve and his son Joshua made repeated trips to Eastern Europe where PEZ International, the sister company of PEZ USA, operated. There they stocked up on PEZ dispensers that “Pezident” Scott McWhinnie didn’t want to sell on the US markets. Glew took advantage of a loophole in PEZ’s trademark registration and successfully sold “grey market” dispensers as “The Pez Outlaw” until McWhinnie went for blood.

There are several angles to approach Glew’s story, but Storkel’s framing it convincingly as a side story to Robin Hood. Her design presents Glew as a folk hero, one who took on a candy titan only to disrupt marketing decisions in order to restrict trade in certain areas. It works with aplomb, largely because Steve, Joshua, and his wife Kathy come off as straight people who’ve been working from nothing to try and build a life for themselves. Even though the Storkels are careful to interview former PEZ executives and give them plenty of runtime to swing into Glew, any tantrum from that viewer could end up turning that viewer against a guy and his family who are well over their metaphorical weight class to piss off a multinational titan. It’s the kind of anti-corporate narrative that proves once again that David can take on Goliath.

Adding to the absurd level of fun in this documentary is Storkel’s brilliant approach to recreation. Her first inspired decision is for Glew to play himself, using lots of hair dye to restore his brilliant white beard and mane to brown. From there, they integrate the cinematic techniques of a killer to reinforce the true crime undertones of Glew’s story. In an early scene where Kathy is talking about Steve reading Tom Clancy novels during his old job at a machine shop, we cut to Steve doing just that. However, the lights dim and suddenly a Black Ops team crashes into the shot, fusing all manner of imagination and memory. Elsewhere, when Steve meets his mysterious first informant about PEZ dispensers, the film takes on a confident film-noir aesthetic. The sequences play out muddy in glorious black and white double compensation (1944).

I saw The Pez Outlaw listed in the festival program and accepted out of interest in the oddities suggested in the logline. I never expected to sit down and discover a vivid and engaging story that jumps to the top end of my SXSW favorites. The Pez Outlaw is the nicest surprise you can experience at festivals and I’m so thrilled that it exists.

The Pez Outlaw was viewed in the Competition Presented by IMAX section of SXSW 2022.

Before we let you go, we’ve officially opened our Merch Store! Check out all our amazing clothes by clicking on them here and enter GVN15 at checkout to get 15% off!

Check out our podcasts every week, including Live geek vibes, Top 10 with Tia, Wrestling Geeks Alliance and more! For big deals and discounts on Amazonmake sure you use ours affiliate link!

Devin McGrath-Conwell has a BA in Film/English from Middlebury College and is currently pursuing an MFA in Screenwriting from Emerson College. His obsessions include horror, David Lynch, the darkest of satires, and Billy Joel. Devin’s letter has also appeared on Portland film review, CBS News, horror classroomand film scholar.

It’s the season for growing young business owners and inspiring future changemakers – one lemonade stand at a time!

Hike a trail of carved, lighted pumpkins in Maine