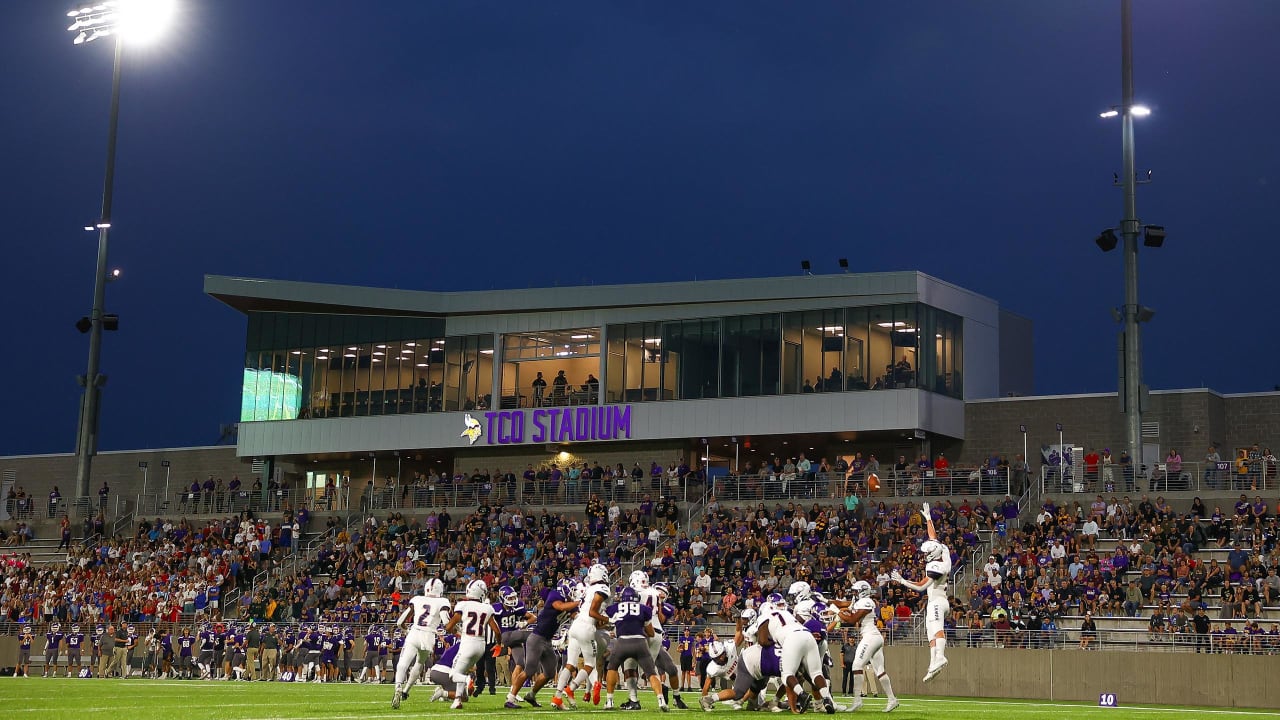 Eagan, Minnesota (August 24, 2022) – The Minnesota Vikings will host two high school football games this season at TCO Stadium as part of the Vikings Prep Spotlight Series presented by Twin Cities Orthopedics. The 2022 games will be the 11th and 12th preseason games to be played at TCO Stadium.

Vikings Prep Spotlight began with the opening of the TCO Performance Center and TCO Stadium in 2018. The ability to host high school and youth football events at the facility was a primary focus when designing the campus. The Vikings have hosted seven Prep Spotlight games and three state playoff games in 2018 since the program began in 2018.

Ticketed student fans get discounted admission to the Minnesota Vikings Museum ($10). Parking is free, and fans can access the lots via Vikings Parkway or Ames Crossing by using the address 2600 Vikings Circle. Walk-up tickets are available at TCO Stadium and ticket prices are the same as the home team’s regular price – $8 adult/$5 student for East Ridge and $7/$5 for Jefferson.

Tickets are available at: am.ticketmaster.com/vikings/PrepSpotlightBloomingtonVSChanhassen

Both games will be streamed via the Neighborhood Sports Network at NSPN.TV.